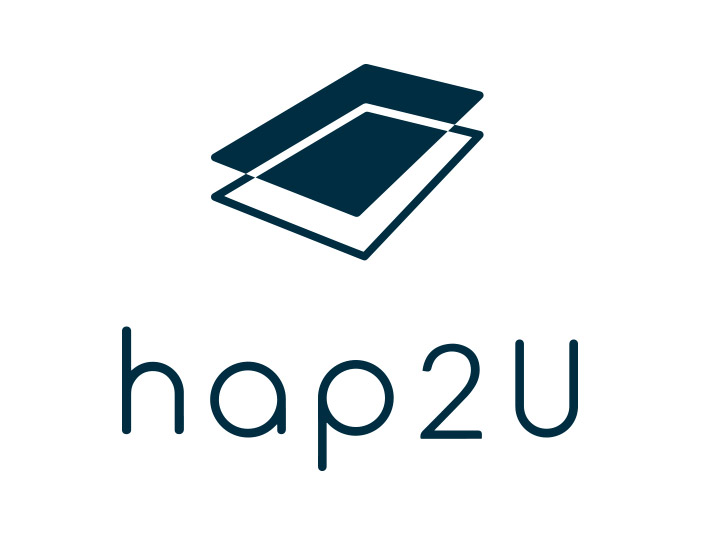 Today, we’re going to talk about technology, but don’t panic, it will be simple enough! Many of you frequently ask about haptics and try to understand what hap2U is all about. I tried to explain as simply as possible.

Haptics, what does it mean?

The term “haptics” is used to designate any form of interaction involving touch (for example, haptic perception means recognizing objects through touch). It also includes communicating through touch and technologies that bring the sense of touch to users. Touch has 3 primary dimensions: thermal (feeling of warm / cold), hardness (pressure, density) and texture (friction).

What about haptic technology?

When we talk about haptic technology, we are referring to the technologies recreating the sense of touch in a user interface by applying force, vibration, motion and other feelings to provide information to an end user. You have probably also heard about “haptic feedback.”

Why is “haptics” a trend?

You may have noticed, with Apple’s Taptic Engine, a lot of media talk about “haptics” and “haptic feedback.” Many industries are looking for this type of technology to improve the user experience of their products. Some haptic feedback already exists: for example, when your smartphone vibrates to confirm an action and interact with you, it’s a specific form of haptic feedback. It’s a constantly-evolving science, and many types of haptic feedback are being developed… or don’t exist yet!

We work on a technology which modifies the friction of your finger to create a textured haptic feedback. Our technology brings the sense of touch to any tactile surface. Just by tapping or sliding your finger on the screen, you feel like you are turning a real knob, pushing a real cursor and perceiving various textures.

I hope it’s now more understandable for you; it wasn’t so difficult after all?

Coming soon:
– Haptic technologies, what are the differences between them?
– Disruptive technology, what’s involved?

A high tech and a constantly evolving technology,

A constantly-evolving cutting-edge technology, haptics opens up an exciting world at the tips of our fingers. Stay connected to industry news and and push the boundaries of touch. 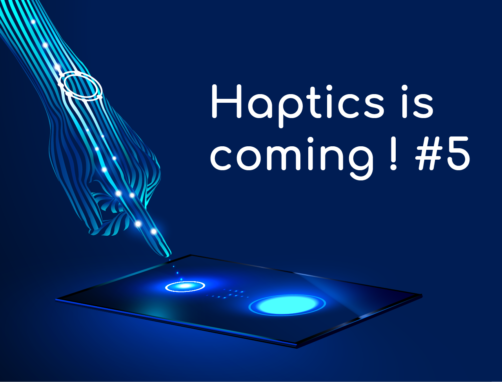 Haptics is coming #5 – What is haptics by Hap2u?

Hap2U is able to deliver such amazing feedback technology, thanks to a unique expert team working on acoustics, mechanics, materials, […] 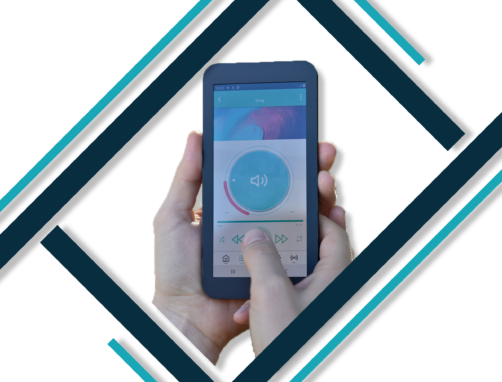 How haptics will change everything on phones

HAP2U has just been awarded a CES innovation prize, for integrating haptic technology into a mobile application. 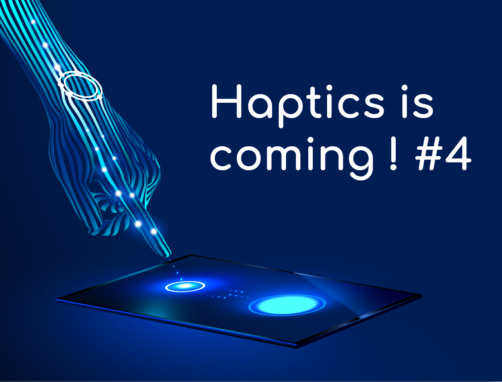 Last time, Dr. Cédrick Chappaz introduced haptics and what is the sense of touch with the mechanoreceptors we have inside […] 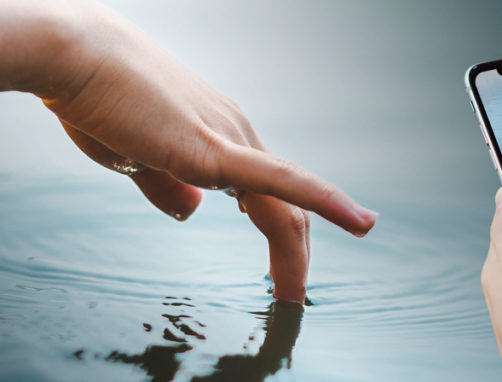 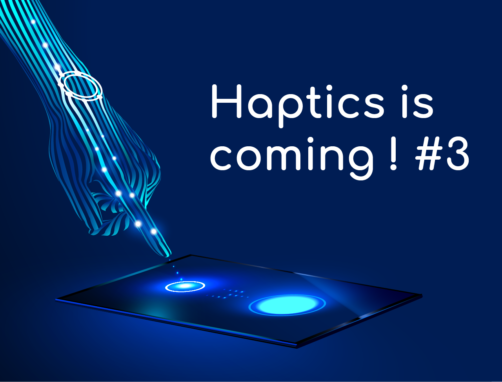 Haptics is coming #3 – A world of haptic displays

Our CEO, Dr Cédrick Chappaz went to the Display Week and is telling us everything about it and the new […] 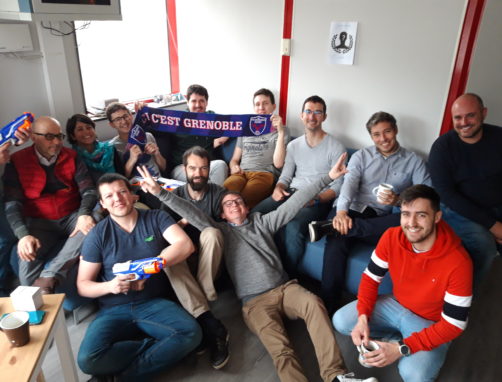 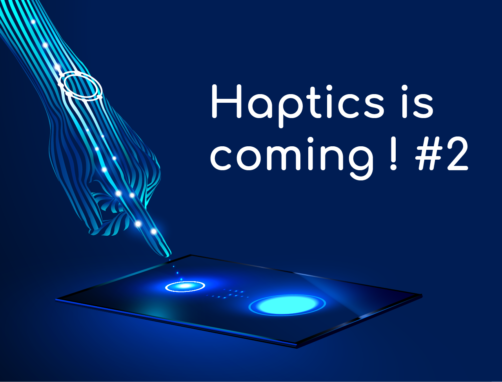 Haptics is coming #2 What Haptics will change in our life

What are the use cases for Hap2U technology and how to use this amazing solution in my everyday life? Dr. […]

10 ways haptics will change our life

Bringing textures alive by changing the sensation of a surface as your finger glides over plastics, wood and glass is […] 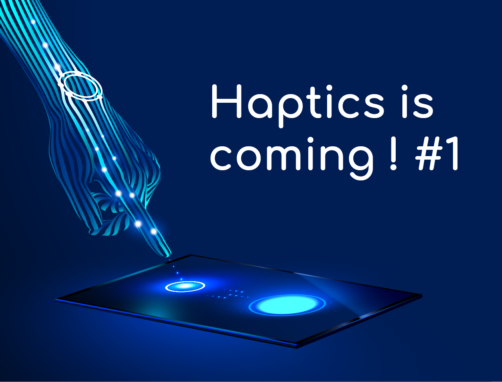 #1 Haptics is coming – What is Haptics?

Are you interested in advanced haptic technology? Thanks to his experience, Dr. Cédrick Chappaz is telling you every secret of […] 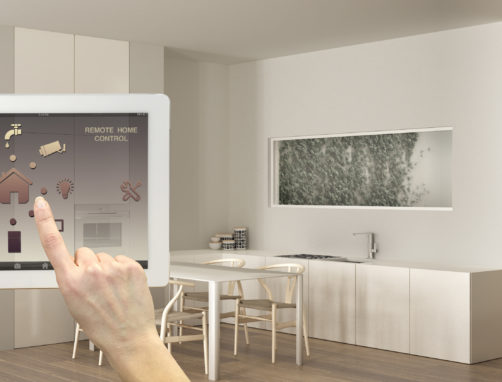 They support us because they know that haptics have the power to change the world of new technologies by bringing emotion to our fingertips. 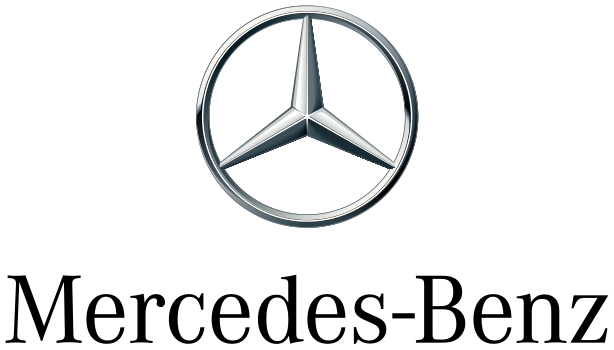